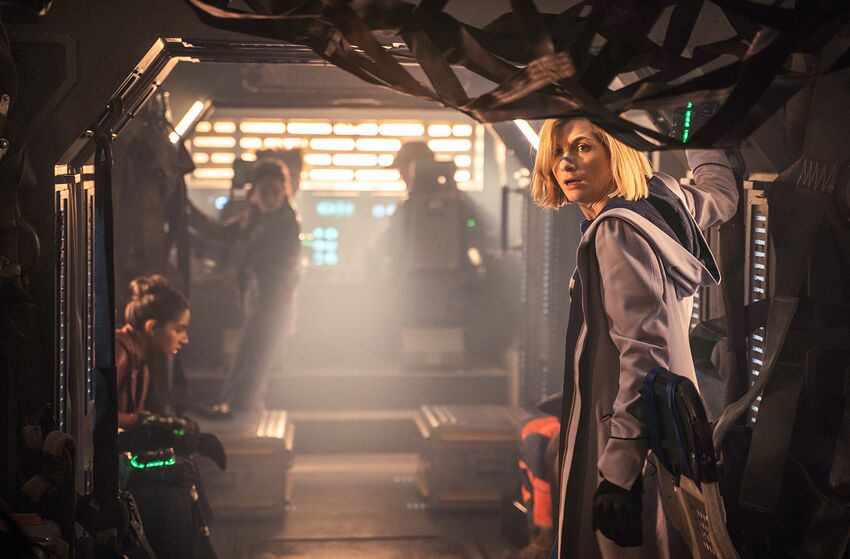 Orphan 55 starts out well as a Doctor Who story. But problems in key areas – including its key message – let it down. (Spoilers follow.)

So usually, when I review a story, I like to avoid discussing any major plot points or twists in too much detail. Usually, I just prefer to focus on the quality of key areas, like story and characters. I will be discussing those elements for yesterday’s Doctor Who episode Orphan 55, but I also need to discuss its key twist. Because let’s face it – we all need to discuss that!

The episode got off to a good start by launching into the action surprisingly quickly. Within minutes of the TARDIS arriving at Tranquility Spa, the place is suddenly attacked by monsters and guests are killed off within minutes.

This was an aspect that I really appreciated – kicking off with a major threat and making it clear that there are actual monsters in this story. A key problem I had with the last series was the lack of scary monsters, so this was an instant plus, even if the Dregs were a little basic.

The idea of the hotel looking like it was in a lovely environment before revealing that it’s actually on a desolate and dangerous world was also great. It took the story in another direction, and allowed us to explore more of the world it featured. 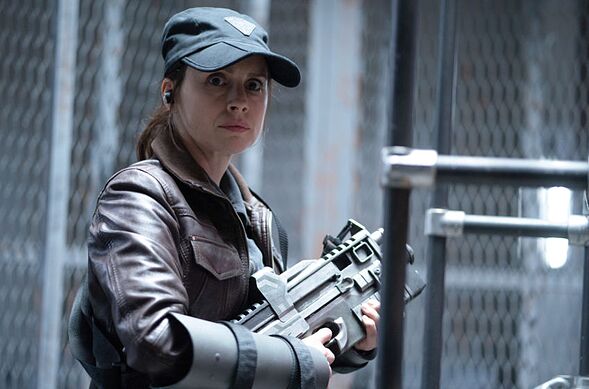 Laura Fraser was great as Kane, but overall, there were some notably weak characters in this story.
Photo Credit: James Pardon/BBC Studios/BBC America

However, while the story gave us some interesting ideas, there are a couple of major criticisms I have for it. Many of the characters fell completely flat. This was especially true of the old unmarried couple. While Velma and Benni essentially drive the second act of the story due to the latter’s kidnapping, they feel just too one-dimensional for us to care about. We don’t get any sense of depth with either of them.

This extends to a lot of the characters in general. We have the mechanic and his son (and of course the son is a smarter mechanic than his father), and quite a few other forgettable characters. Hyph3n with a 3 is likable enough, but perhaps gone a little too quickly.

Kane and Bella felt more believable, at least. Laura Fraser was great in the role, and if I’m honest, she’s a key reason why the character works. Gia Ré also puts in a decent performance as Bella, and the character’s relationship with Ryan was interesting to watch. Although I have to admit: the estranged mother and daughter twist seemed to come out of nowhere. But perhaps not quite as much as the story’s biggest twist…

More from Doctor Who Watch

“It was Earth all along!”

So yeah, that was the major twist of Orphan 55 – that the desolate, broken planet was Earth all along, with the Dregs being the humans. The same twist that we saw in Sixth Doctor story The Mysterious Planet and Planet of the Apes (both the film and the musical version starring Troy McClure).

If I’m honest, I actually have no problem with the twist itself. This is hardly the first Doctor Who story that’s presented an Earth ruined by humanity, after all. In fact, some of the very best stories have been extremely obvious about exploring the dangers of pollution. These include the excellent Seventh Doctor story The Curse of Fenric and even the much loved classic The Green Death.

However, I do have issues with how it was handled. It was great at first, but as the story went on, the message threatened to overwhelm the story, to the point where we got a huge ending speech on where the planet is heading. I appreciate having a strong political message, but honestly, Orphan 55 made stories like The Green Death look subtle by comparison.

So Orphan 55 had some excellent ideas, especially when the story kicked off. But it needed significant improvement in some key areas, and overcooked its key message. Compared to It Takes You Away – Ed Himes’s previous episode for Doctor Who – this was a disappointing entry.

Next: Why surprise Master reveals so often work

What were your thoughts on Orphan 55? Did you love the key twist? Hate it? Was the episode a great story with a strong political message, or did it focus on that message too much? Let us know in the comments below.